Skip to content
Home » Blog » journalism » Reflection of Who I Am?

Pink Think: “People seem not to see that their opinion of the world is also a confession of character.” – Ralph Waldo Emerson 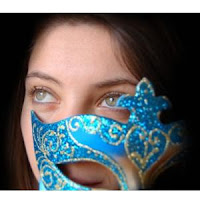 Are my op-eds a reflection of who I am as a person?

I’ve been thinking of the opinion columns I have been writing over the last four months. The short answer, of course, is yes. Unlike fiction, an opinion column is just that, my opinion. It sums up what I think, how I feel about an issue.

I’m not always opinionated in social situations. Although I relish an occasional debate now and then with my hubby, in general I don’t engage in verbal sparring with my neighbors.

I scoured a newspaper editorial page the other day; I discovered something interesting. I noticed that national columnists like Charles Krathaummer and the like will very rarely put themselves in their column. Say they are writing about immigration. Their column will contain statistics, facts, but feelings, hardly.

I feel strongly about immigration because I am a first-generation American immigrant. So I crafted this piece and chewed on my fingernails because I was afraid I might have come on too strong. But when I think of that issue, I cannot separate my own personal experiences from my opinion.

Will I ever get to the point when I don’t worry so much anymore what people think, so long as I am honest in my opinion, back my piece with accurate sources, and don’t name-call or attack people?

When I expressed my concern that I might be too shrill, my editor said the more opinionated I am, the more enjoyable my pieces are.

Who do YOU enjoy reading? Someone who comes right out and says what they think? Or someone who tries to balance all views and lets the reader decide for themselves? Do you like opinion columns where the writer gets up close and personal about a certain issue?