Skip to content
Home » Blog » journalism » Kindness of a Stranger

Pink Think: “Love and kindness are never wasted. They always make a difference. They bless the one who receives them, and they bless you, the giver.” – Barbara de Angelis 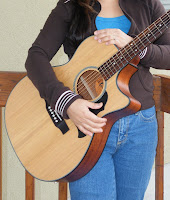 Just for fun, I googled my name today and found out through a website that my estimated earnings this year is $44,000 (Dear hubby – Wouldn’t that be great?). Wow, that was just weird. I have no idea how they estimated it. But it sounds good! (as in, I wish!)

I used to blog semi-anonymously on the web, until the day I decided if anyone wanted to contact me so badly, they can. I mean, I’m in the phone book anyway.

Yesterday, I talked to someone that did track me down from an essay I wrote.

***
It’s not as creepy as it sounds. The person was an elderly gentleman who plays on a country band in Idaho. He called and left me a message that he read my essay and wanted to talk to me.

So you know what I am talking about, read my esssay, From limelight to Christ’s light.

He suggested I consider forming a band with other like-minded people. He said he’s found a lot of joy in performing with a country band that mainly sings at Senior Centers and private church parties.

For years, he put his guitar under his bed. He said I shouldn’t do that for too long. He said there’s music out there that is uplifting, especially old-fashioned songs.

The “putting the instrument under the bed” part resonated with me. I recently stowed my guitar in its case. It’s still there, but not actively being used. And I know I will again, someday, but for now, there are other things taking up my creative energies.

A season for everything.

I thanked him for his kindness in seeking me out and encouraging me.

This morning I woke up to the cat lightly running up my guitar case. And I remembered a stranger’s kind words.