Pink Think: “The great use of life is to spend it for something that will outlast it.” – William James 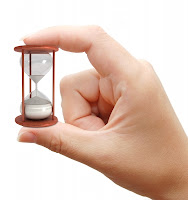 photo by Salvatore Vuono on freedigital.net

Slowly chipping away at revising, when I find time between my fall projects. My manuscript is looking dramatically different than when I started. I am focusing more on the setting, which makes me ache a little with homesickness for the Philippines. That’s a good thing, right?

Thanks to the fabulous K.M. Walton, my first 500 words got a helpful critique from her Kindness contest.

Feeling good…just got done with some things on my to-do list, namely:

-Edited a song
-Wrote a 1200-word feature on bus drivers

The song had been on my back burner for a while, and it felt good to finally send it off to my client. I love writing poetry, and songwriting makes the experience even richer, to see the lyrics go with the melody.

The feature worried me a little, because we had a huge horse show last week, where my two girls competed. I thought for sure I would have so much down time I could just write while the girls were between things. Right. So instead, we did a lot of waiting and watching, but it turned out okay. It recharged my brain cells so when I got back to work on Monday, I was ready to tackle my bus driver story. Bus drivers are amazing, btw. I can’t even keep track of the road let alone a bus-load full of 80 teenagers.

At the horse show, a horse died. Probably of a heart attack, they figured. It seized up at the end of a ride at the poles and fell right on top of its teenage rider. Earlier in the day, there was a big to-do over a mis-measurement between poles. The horse’s death just put everything in perspective for me. Suddenly, some ticky-tack annoyances seemed trivial. The rider got checked out at the hospital and was fine. Somebody donated a 9 year old mare to her by day’s end.

There are lots of things worth doing in life, and then there are some trivial things that just mark time. My hope is I am doing the best I can on things that matter the most. That I am writing things I truly want to write about. What an opportunity we’ve all been given.