In 18th century Philippines, Gurián’s 16-year-old Crown Princess Juliza sees her privileged life fall apart: Rumátag – her first love – betrays her, the Council overthrows her father, and her family flees into exile. Just as she forges a new life – and love – in the Spanish settlement of Intramuros, her ailing father’s arrest for treason shatters this calm. The only way to get him out is to join forces with Rumátag on a dangerous mission. 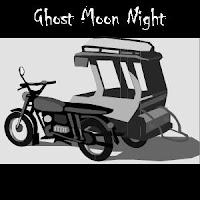 1950’s Philippines. One night a month, the residents of a Philippine town have to shut all their windows to ward off winged undead (langbuan) brought on by the Ghost Moon Night curse. Seventeen-year old Antonio volunteers to break this curse, even though he is possibly the worst person to help his town.