Pink Think: “I begin with an idea and then it becomes something else.” – Pablo Picasso 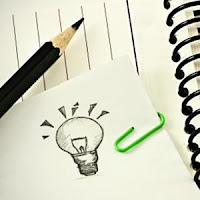 photo from Freephoto by winnond

The other day, I visited a Renaissance man. He is a number-cruncher by trade but also does fine art photography.

The day I stop in, his office/studio faces out into the cold light of a chilly autumn afternoon, classical music playing softly in the background. He exudes energy, constant motion. I want to visit longer, but I can tell he has things to do, places to be. So I don’t impose. I visit only for as long as I need to. As I always have in the past, I am impressed by his glamorous-seeming life, captured in his photos. We are picking out a photo he could donate to a silent auction I am helping with. France. Scotland. Virgin Islands. I ask him what sells traditionally.

We pick out a familiar European landmark. If I can recognize it, then I am sure others will, too.

***
Lately, I write two or three op-eds before deciding on one to submit. Sometimes I can’t get to what I am trying to say unless I draft it first. When I feel strongly about something, and am clear on where I stand, the op-ed writes itself. I could labor over an op-ed for a day, toss it aside, and then write a piece in ten minutes flat. The latter usually gets sent to my editor.

My freelance workload has been steadily increasing. I have two stories due by month’s end, and of course my op-ed columns. Trying to balance all that with a fundraiser in early November. One of the stories is a “mini-memoir” for a magazine. Although the amount of work is daunting, I am excited to have a bigger canvas on which to draw an interesting life.

Funny how, as a journalist, my job is not just to write the story, but to find story angles which resonate with me and which hopefully will resonate with others, too.

***
How do YOU come up with your sellable ideas?